Delphi, with a population of 1,500, is one of the most beautiful and impressing landscapes of Greece, and the centre -“Omphalos “- of the world, according to the ancient myth. 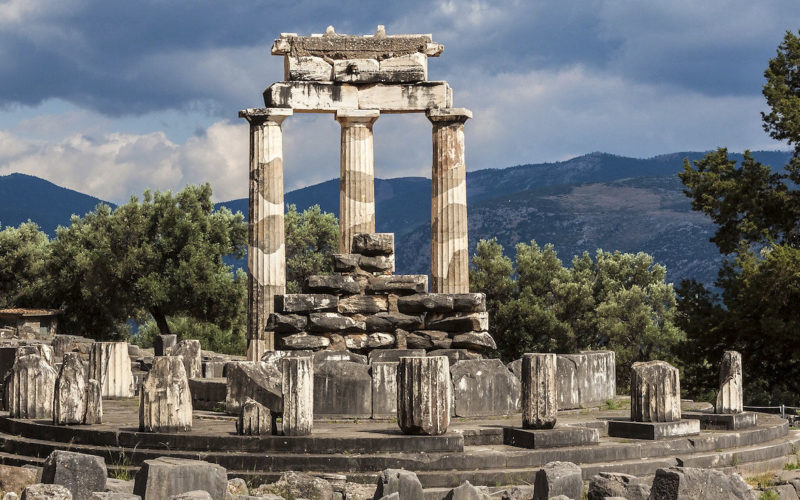 Delphi, with a population of 1,500, is one of the most beautiful and impressing landscapes of Greece, and the centre -“Omphalos “- of the world, according to the ancient myth. It was already inhabited in the prehistoric times and later -especially during the classic times- obtained great historic importance, as it has been linked with the most significant events of Greek history. Apollo, the God of catharsis and the genuine oracle, dominated earlier forms of worship in the Delphi. He taught people the “metron”, that is prudence and modesty, which became the most ethical and peaceful expression of the Greek spirit. The famous Oracle of Delphi, where the god’s divination was given through the mouth of Pythia, was directed by the so-called priesthood, that is priests with deep mystic education.

Moreover, Delphi with the renowned Amphictyonic institution, gave the signal for friendship, brotherhood and peaceful coexistence of peoples, as a fundamental goal of the Delphic idea. A quite spectacular proof of the world-wide prestige enjoyed by the temple of the God of Light was the amount of votive offerings by leaders, towns and rich citizens, great in both quality and artistic value; unfortunately, very few of them have survived through the time. The town of Delphi and its holy monuments lie at the bottom of two gigantic rocks of Parnassos named Fedriades. These two rocks offer a peculiar and incomparable beauty to Delphi’s landscape.The long mountain Kirfis is all you ever see opposite the rocks and the Plistos river flows through a valley planted with olive trees. The civilization flourished here from the 9th century b.c. to 83 b.c. 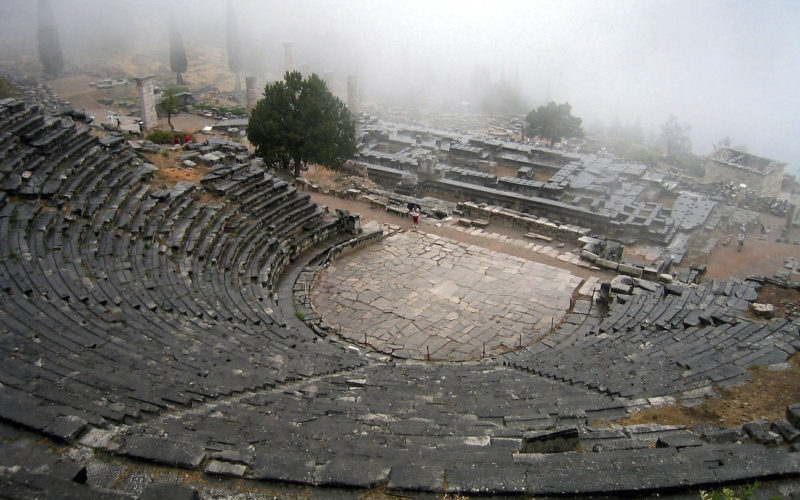 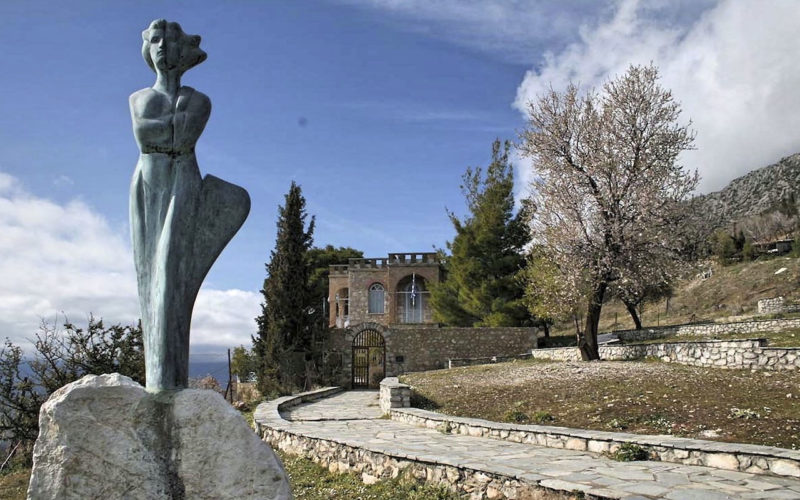 The place in which lived the famous poet with his ”muse” Eva Palmer it now has been a museum in which we canadmire his personal items (clothing,piano,photo collection, etc).

Arachova is only 8 km from Delphi, This route is recommended to mountain climbing and skiing enthusiasts. The road that crosses the slopes of Parnassos leads to Arachova. Arachova’s history is linked with the chieftain Georgios Karaiskakis. In 23 November 1826 a party of chieftains with leader Karaiskakis isolated the army of Mustafabay on the slopes of mt. Parnassos, under adverse weather. Karaiskakis’ feat was denigrated by his raising a trophy of 300 Turkish heads, and sending those as gift to the Athens government. The architecture with its stone houses and narrow streets is distinctive. There are lots of tourist shops and taverns where you can taste the excellent cuisine. The road among fir trees, leading to the two skiing resorts of Parnassos – Fterolaka and Kellaria – starts from Arachova. Parnassos is suitable for climbing, too. Corikion Andron, a cave with stalactites and stalagmites, is on the same route to the skiing resort. According the Mythology here is the exact place where 9 Muses lived. The road continues up the mountainside of Parnassos to the amazing village Eptalophos where you can taste local lamp chops and local wine. Going down to Lilea the road leads us to the mountains of Giona to the village Gravia. 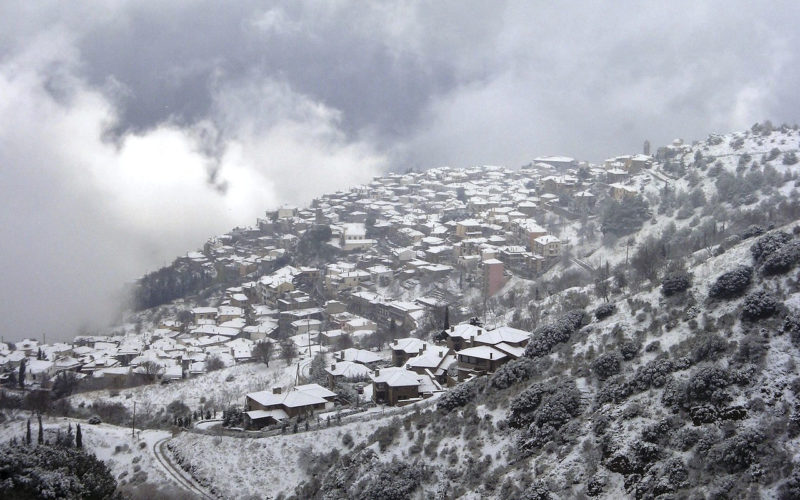 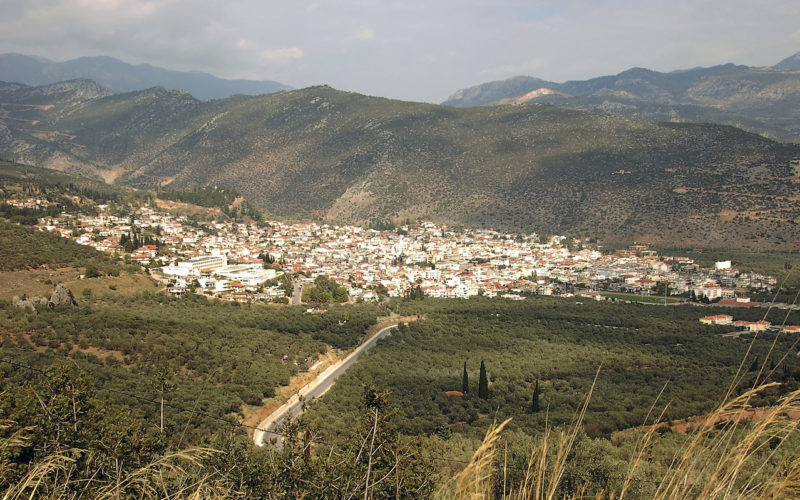 Amfissa, (15 km from Delphi) the capital of prefecture Fokida and one of the ancient Etolic cities. The acropolis is dated from the 600 b.c. Here you have the opportunity to visit the ancient monastery (11th century a.c.) of the “Saver” on the west side of the city. The valley, which spreads around, is very fertile with olive trees and takes us back again to Delphi.

Only 15 km from Delphi. The second most populous town in Focis is a port on the Corinthian Gulf, 12km south of Amfissa. Itea is well appointed with facilities for the growing number of visitors. It is built close to the harbour of ancient Kirra (1km from Itea), an Early Helladic settlement from which traces of the walls and the mole have survived. In the modern seaside village of Kirra, with its long beach, one of the most popular in the area visitors can enjoy swimming and sea sports in the sparkling waters and fresh fish in the waterfront tavernas. 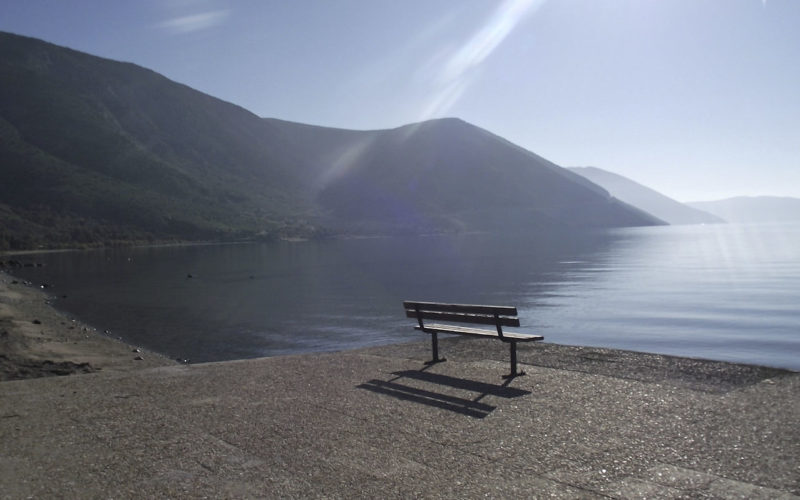 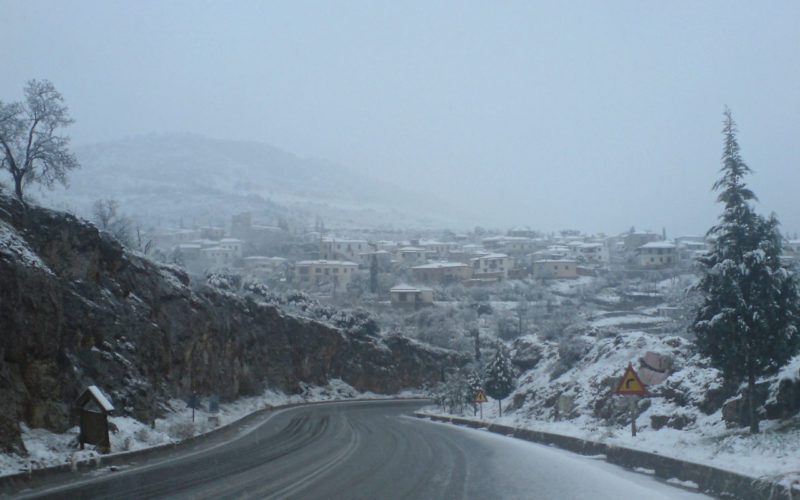 Situated between Delphi and Itea (5km from Delphi) in a beautiful setting with brooks, old plane trees and an unhindered view of the Gulf of Itea and the olive grove of Amphissa. A short distance to the south archaeologists have uncovered traces of ancient Krissa, the powerful Phocian city that was master of the oracle at Delphi. There is evidence of habitation since prehistoric times. On the shores of the Corinthian Gulf, opposite the coast of the Peloponnese, are quaint fishing villages, old seaside towns and busy holiday resorts in the sheltered coves with fine sand and clear sea: Sarandi, beach at Distomos, Antikyra, Aghios Isidoros, Galaxidi, Aghioi Pandes, Erateini – not far from ancient Tolophon – , Aghios Nikolaos, Glyfada, Spilia, Marathias, Skaloma, Monastiraki, Chiliadou. Visitors with a boat can enjoy the beaches, visit the islets of Trizonia, Ai-Yannis, Prasoudi and moor in the harbours of Itea and Galaxidi for refueling and replenishing supplies of food and water.

Distance from Delphi: 10 kmBuilt in a wonderful round-area, the Monastery of Profete Helias provides perfect view of the Corinthian Gulf and the olive grove of Itea. It was established in the 16th century and its history was closely related to the independence of the local area, against the Turks. It was from here when the Greek chieftain Panourgias declared war (24 March 1821) in the Monastery’s backyard. Later on, the monastery was destroyed by the Turks as a reprisal. Despite that, the wonderful woodcut icon screen was saved, except some small parts. In 1988 became a nunnery. 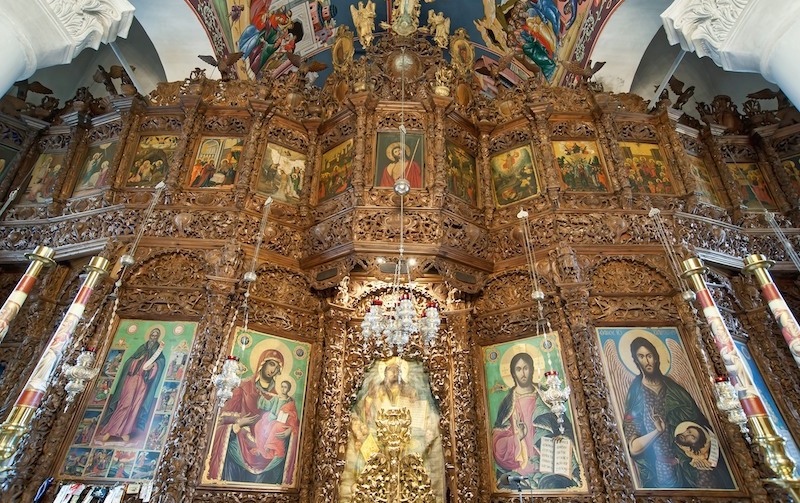 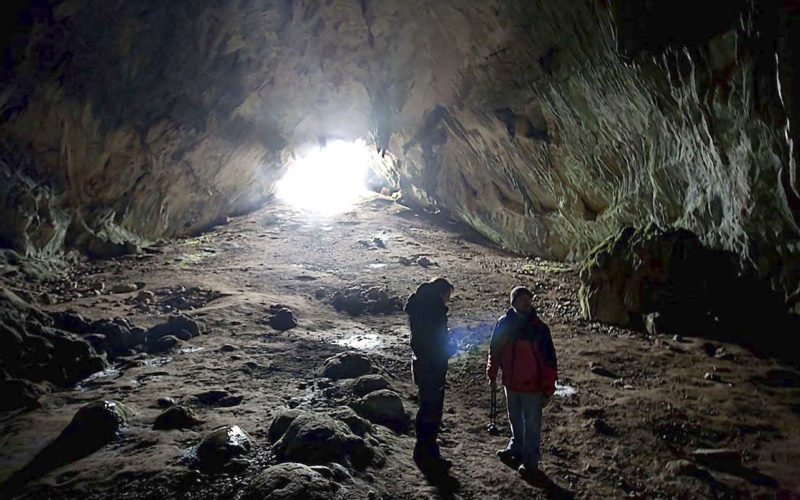 From Delphi to cave of Coryceio Antro Known as Kakia Skala, this ancient trail begins from the upper level of the village (near the Museum of Angelos Sikelianos). The cobblestone path climbs to the Kroki and provides with an extravagantly unique view of the Pleistos valley and the archaeological site. (1 h.) From the edge of the plateau, follow the path beside the riverbed that leads to a dirt road. From this point (spring, Santa Paraskevi’s Chapel, and shepherd huts) you will arrive after 3,5 km. to the foot of Paliovouna (1h.30). 400 m. down to the road is the start point of a well-marked trail which leads to the sacred cave of Coryceio Antro. From the Monastery of Profitis Elias towards the depression on Saint Nicolaos. The trail ascends and pass through the dirt road until it’s with a seasonal pool. Then it crosses the dry slopes of Pournaralona. Other trails Many alternative trails, parts of old mule paths which are still in use, are convenient for trekking. Some of the most important are: Kalivia Arachovas plateau-Prontoli-Gerontovrachos-Liakoura Starting from the eastern end of Kalivia, you can follow the faint trail of green slopes to Prontoli (a depression with shepherd huts. 2h.). Go on following the riverbed to the double well (1h.30). By the traverse you arrive to the base of Liakoura (1h.). From this side you can climb to the peak. (45min.)

“The Monastery of Hosios Loukas is the most important Byzantine monument of 11th century in Greece. It is located on a picturesque slope at the western foot of Elikonas, near to village of Stiri, at an altitude of 430 m. The monastery is included in the list of UNESCO World Heritage Sites. It includes architectural and decorative elements, namely the mosaics, frescoes, architectural sculptures, marble revetment and pavements. The monastery is dedicated to a unique Saint, Hosios Loukas, who was born in the village of Kastri (older name of Delphi). Hosios Loukas was a beloved figure in the local population; he was a philanthropist who had the gift of prophecy.” 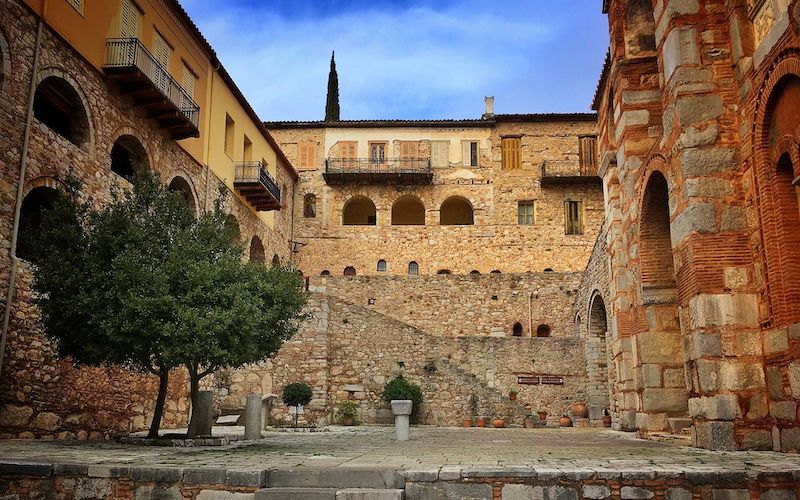